What is the UK Business Community Thinking Right Now?

Levels of uncertainty and disruption remain sky high in the UK, with figures released by the Office of National Statistics revealing that UK employment fell by the largest amount in over a decade between April and June.

These sentiments chime with the latest Monthly Decision Maker Panel (DMP) findings which the Bank of England (BoE) published on 6 August.

The DMP is a valuable and authoritative resource for anyone interested in what the UK business community is thinking at any given time.

Set up in August 2016 by the BoE together with academics from Stanford University and the University of Nottingham, the panel assesses developments in the economy. It also tracks the insights of Chief Financial Officers from small, medium and large firms.

The July DMP survey was conducted between 3 and 17 July and received 2,788 responses. We’ve summarised the key points below.

1. Sales are down but recovery is predicted

2. Unemployment is expected to rise

Employment was 5% lower than it would have been if it weren’t for Covid-19. Respondents expect the reduction in employment to gain even more traction in Q3 and Q4 of this year, reaching a high of 8% in Q4.

Investment was 33% lower in Q2 according to the panel’s estimations.

3. Employees are returning to the workplace

The panel found that 18% of staff were on furlough in July, which was down from 30% in June. The number of employees returning to the workplace was also up from 32% in June to 45% in July.

3. Unit costs are higher than usual

Due to Covid-19 measures such as social distancing, companies estimated their unit costs in Q2 2020 to be around 6% higher than they would otherwise have been. Unit costs are expected to remain between 6% and 7% higher over the next 12 months.

Unsurprisingly, uncertainty levels remain high, with 76% of firms viewing overall economic uncertainty as high or very high in the month of July. Uncertainty was at its highest in April (84%) and dipped slightly in June (76%).

With many businesses experiencing an investment drought and the employment rate at its lowest for over a decade, access to business funding has never been more vital.

The Funding Options team is working around the clock to match businesses with the financial support they deserve. Since March, we’ve helped businesses access business funding through the CBILS, short-term loans, business credit cards and more.

Find out what finance you might be eligible for with a no-obligation quote. 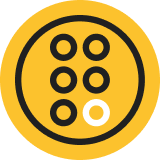 Sign up for the best of Funding Options sent straight to your inbox.